In 1976 Rich moved to Maine from New Jersey.  “That was the height of the back to the land movement.”  He bought sixty acres in Monroe, one mile off the grid, where he built a cabin for himself with trees from the property.  “I felt truly empowered to ‘live the good life.’  I was growing crops and installed a solar electric power system.” Rich drove to Maryland to the Solarex factory to buy his panels.
“They were used and had holes in them, I think they came from a military installation, but they worked and were cheap.  I also got these beautiful glass case batteries from a scrap yard in Bangor which came from a telephone power station.”

Like most of the other “back to the landers” Rich felt it was too difficult to be self sufficient and adapted himself back into the mainstream.  He built a home in Washington Maine and started a hardwood lumber business that he has operated for the last eighteen years.  In 1999 he installed a solar grid tie at his home in Washington.  “Back in the 80’s the Maine PUC made an agreement with power utilities for net energy billing.  I thought, what a great deal you can use the grid as a battery bank and sell the power that you overproduce.”

Last year Rich installed a 10 Killowatt system at his business in Washington.  “I got the idea to start MEPS after installing this system.  I realized that for businesses, now is the best time to install solar.”  Rich got a 30% income tax credit, with accelerated depreciation, a State of Maine rebate and a USDA grant, which brought the cost of the system from $50,000 down to $10,600.  He also borrowed the $10,600 from Efficiency Maine at a 1% interest rate.  “What a deal, our pay back should be just over six years and after that it is all gravy.”  Rich now lives in Newcastle with his partner Susan Bickford and their  kitties.

Steve has been helping business owners for over 30 years.  Working at a CPA firm and with Maine businesses he is able to inform customers of the many ins and outs of the financial and tax world. The opportunity is there right now to improve small business profitability through energy savings. The Incentives available make these energy projects such viable endeavors. "It just makes sense to me to guide others through the process."  Steve lives in Readfield.

Where to Find Us: 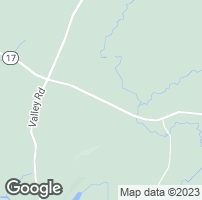